Most of us have already solved some Binary Tree-related questions in Data Structure and Algorithms. But have you ever tried to solve the Binary Tree Question in SQL?

Today with this blog let's give a try to solve the Binary Tree Node Problem in SQL.

We are given a table, which is a Binary Tree consisting of two columns Node and Parent. We must write a query that returns the node type ordered by the value of nodes in ascending order.

Each node in the tree can be one of three types:

Write an SQL query to report the type of each node in the tree. Return the result table ordered by id in ascending order.

The query result format is in the following example. 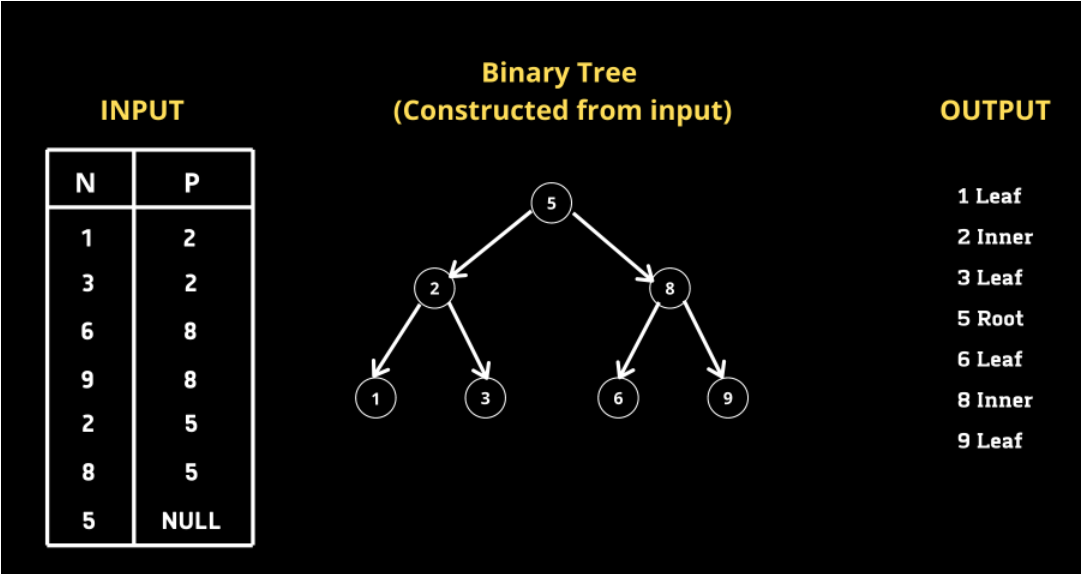 Before Jumping into the solution I would suggest you to solve this question yourself first and then jump to the final solution.

Upon initial analysis, we can conclude that if a given node N has its corresponding P-value as NULL it is the root. And for a given Node N if it exists in the P column it is not an inner node. Based on this idea let us write a query.

sql advance SQL
Published By : Ayush Dixit
Please write comments if you find anything incorrect, or you want to share more information about the topic discussed above.