Now we will add the NULL value in the 1st table also so that both tables contain the Null value. Now it will become more interesting to know when the Null value of one table tries to match with another Null value of the 2nd table then how it is going to affect the result of the joins. 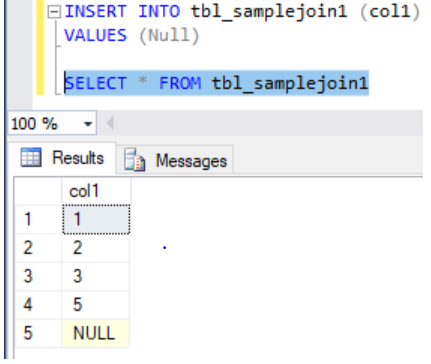 a) Inner Join: If we look at the result of the Inner Join after adding Null Value in both the tables, we found that Null value has no impact on the Inner Join and we got the same 3 rows, and if we have to include the NULL values in the result then we have to use the NULL safe join operator <=>, but that is a different topic, for now, we ignore this.

b) Left Outer join: In the case of Left outer join, we will see the impact of adding NULL value in the result-set. One extra row in the result-set with a NULL value in both columns. Since NULL is treated as unknown. So it cant be compared with any value. So we have NULL value from the left table and since there can’t be any matching because of NULL, so we will have NULL on the column Col2 also.

c) Right Outer Join: In the case of Right outer join, we will see the similar effect of adding Null value in both tables as we got one extra row of NULL values in the result-set. Here we have NULL value from the right table and since there can’t be any matching because of NULL which is considered an unknown value, we will have NULL on the column Col1. 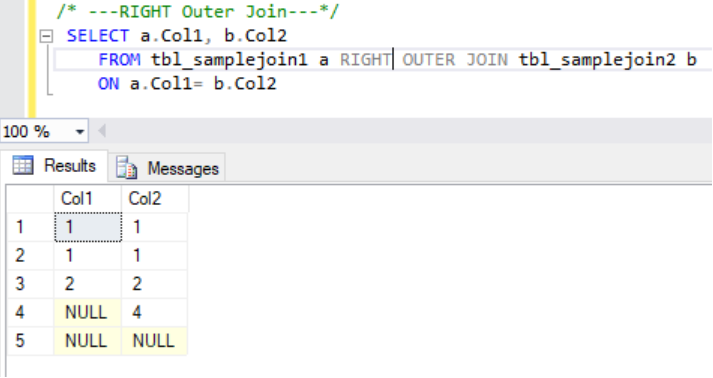 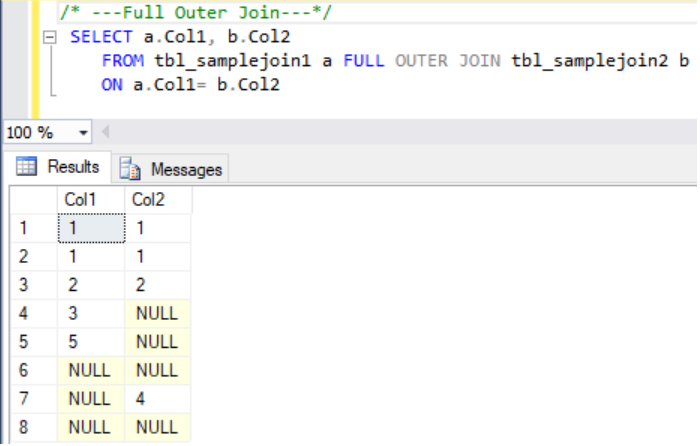 For the 6th row, Since table tbl_samplejoin1 contain NULL which is an unknown value that can’t be matched so we have NULL value against it in col2.

For the 8th row, Since table tbl_samplejoin2 contains NULL which is an unknown value that can’t be matched so we have another NULL value against it in col1.

let's add one more Null value to the first table. Now both the tables contain the data as shown in the below screenshot:

a) Inner Join: Since there is no impact of NULL value on the Inner join query so we have no change in the result as we have in scenario 2. 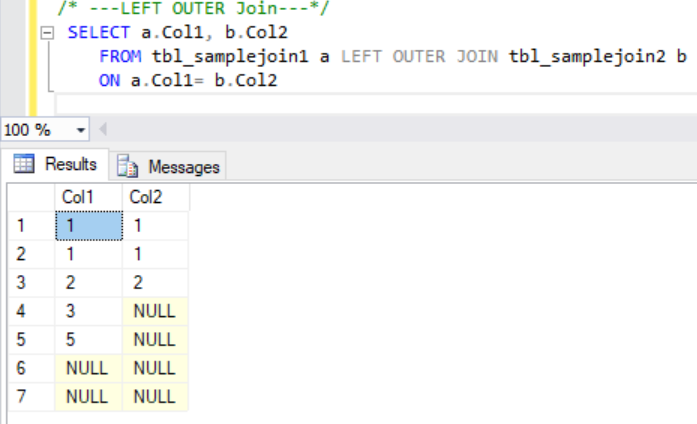 c) Right Outer Join: Since we have no extra value added to the right table tbl_samplejoin2 so we will have the same result-set which we have in the last scenario. 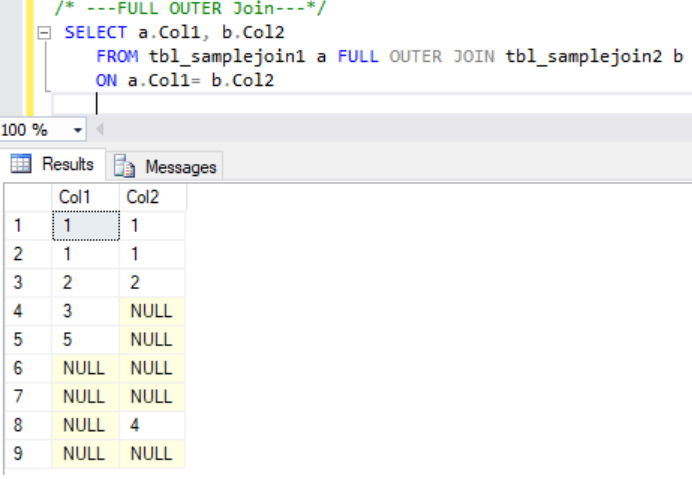 Logical sql advance SQL
Published By : Ayush Dixit
Please write comments if you find anything incorrect, or you want to share more information about the topic discussed above.